Joyland holds a special place in the hearts of Wichitans.  Since 1949, many area adults have fond memories of visiting the park as youngsters, hearing the sounds of the organ and the roar of the wooden roller coaster before even buying a ticket to enter. Once inside the park visitors were greeted by Louie the clown playing chords to accompany the nearby carousel and its colorful horses. It took a lot of work to decide which attraction to visit first, the go-carts, log ride, or Whacky Shack.   But sadly, the park closed in 2004 amid concerns for safety and the aging attractions. 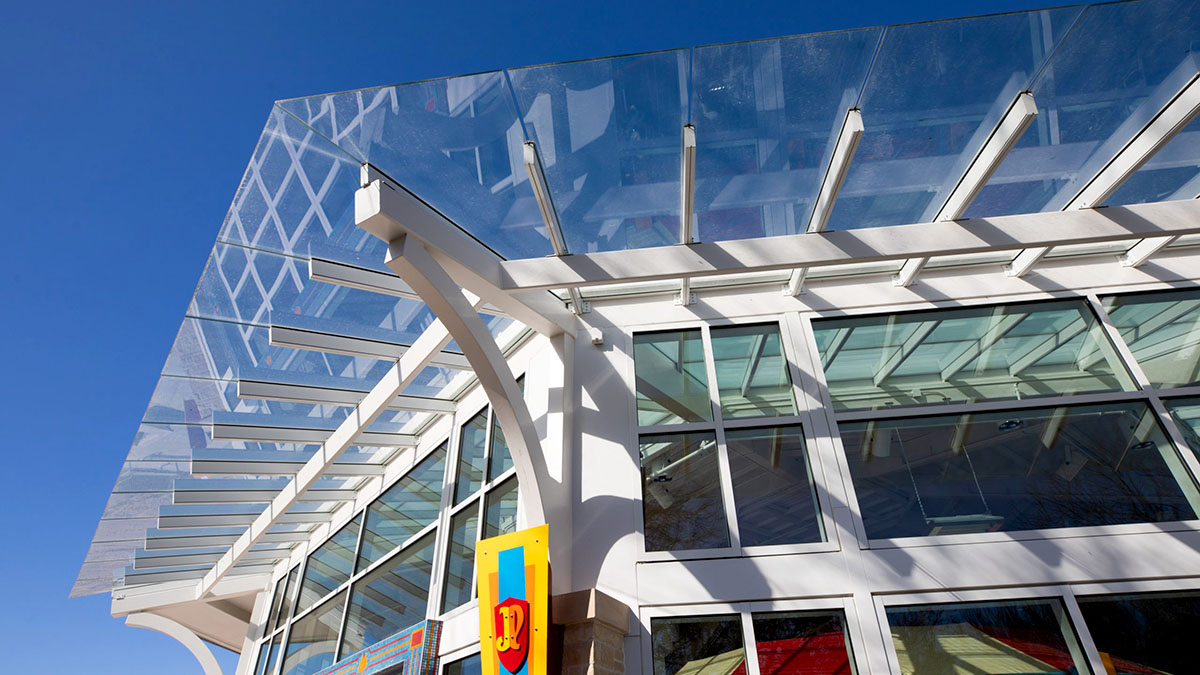 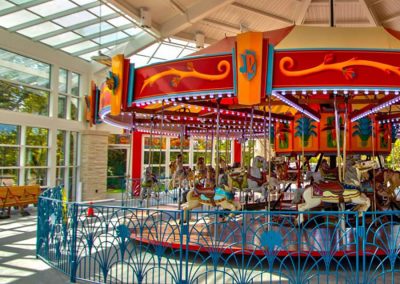 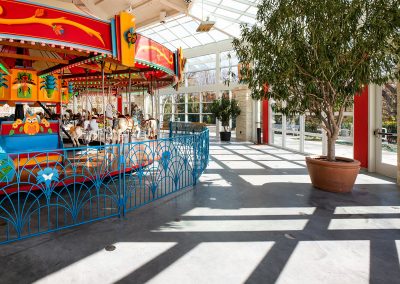 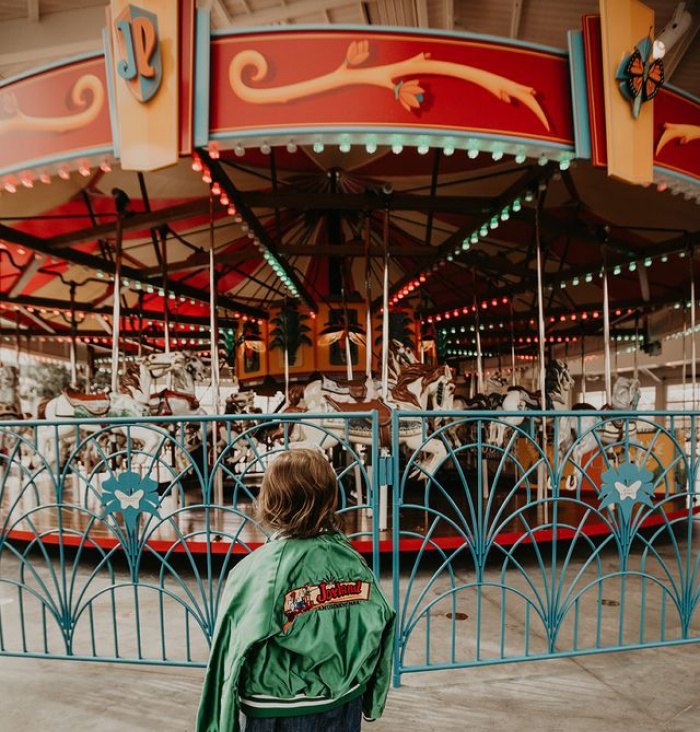 A child watches the Merry-Go-Round at Joyland Park, circa 1980s

Stan and Margaret Nelson owned the park, it was the place where Nelsons first met.  After a decade of attempts by the Nelsons to sell and revive the park, none were successful and the rides that weren’t in storage fell into disrepair. Eventually, even the carousel horses and machinery in storage started to deteriorate. By 2014, after Stan Nelson passed away, Margaret recognized that Joyland would not reopen. It was then that Margaret sought to find a suitable place for the beloved Merry-Go-Round and she approached Marty Miller, Director of Botanica, the Wichita Gardens, hoping to provide an opportunity for young people to create new memories.

Finding a place worthy of the circa 1949 carousel, as well as the size, which measures 40’ in diameter, was no small task. After reviewing several options presented by architects, WDM Architects were selected for the project. They understood that this was more than just another building. It was, as Miller came to describe it, “a jewel in a jewel box.”

Projects like this are often fluid in nature.  The plan may start with a wonderful wish list but, based on donations, logistics, and geography, changes are bound to happen.  There were many meetings with the architects and Conco Construction representatives to plan exactly how the building, known as the Carousel Pavilion, would come together.

The project broke ground in 2018 and by November 29, 2019, after many hours of volunteer work restoring the 36 horses and machinery, the carousel was ready to ride again.

The 9000 sq ft pavilion is in an octagon shape, inspired by the shape of the carousel itself, which has 14 segments within the 40’ circle.  The glass skylight overhead and adjacent canopy from Crystal Structures are also segmented to wrap the front of the building. The clear glass garage doors make the attraction visible to patrons, night and day while featuring the advantages of climate control.

The finished project is the perfect addition to the Downing Children’s Garden area of Botanica where grown-ups can relive a bit of their childhood while creating new memories with their family. All of us at Crystal Structures are very happy with the way the Carousel Pavilion turned out and can’t imagine a better tribute to Joyland and the Nelson family.

The Carousel Pavilion won the 2020 Award of Excellence by the Associated General Contractors of America, Kansas Chapter 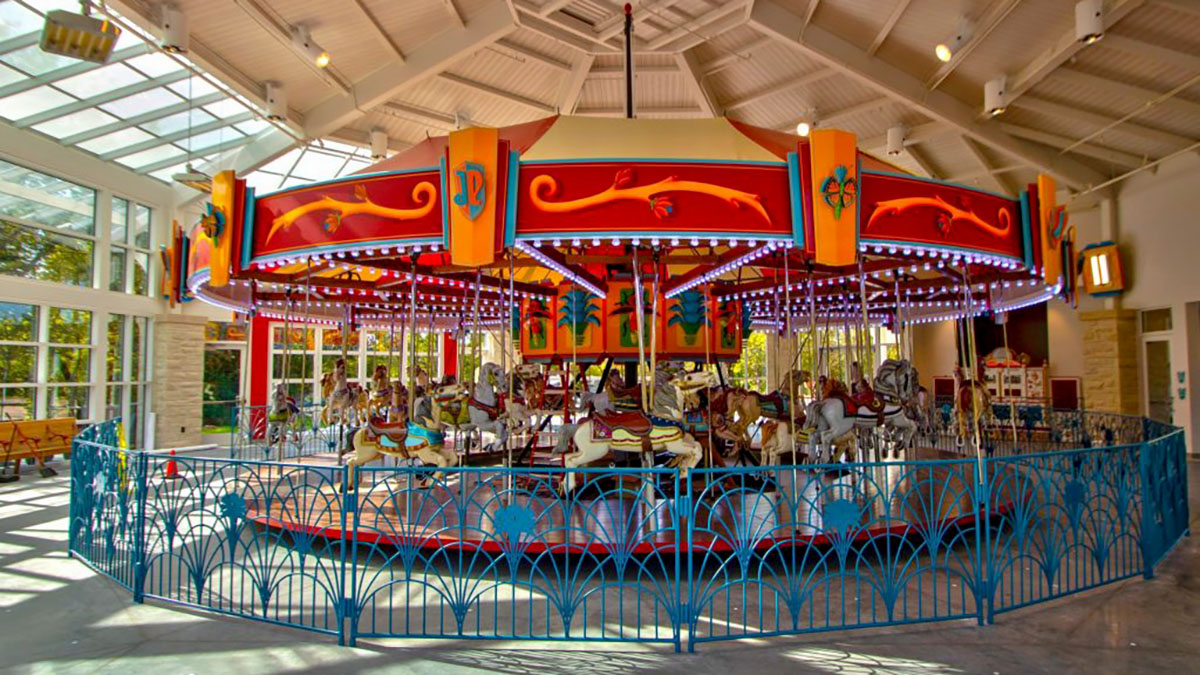 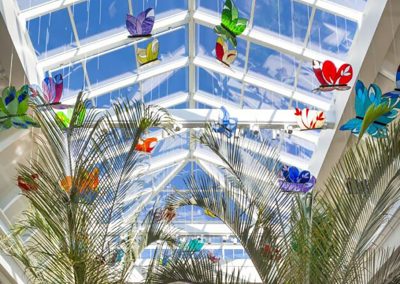 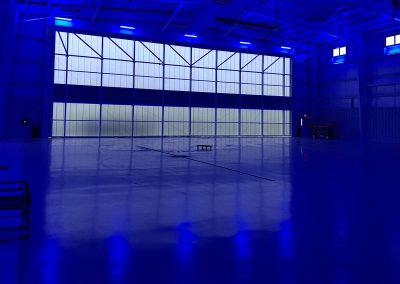 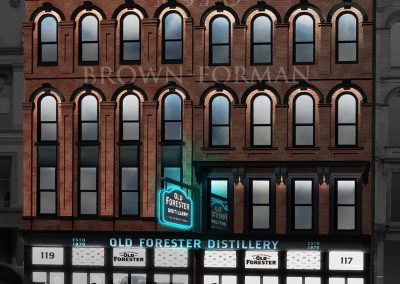 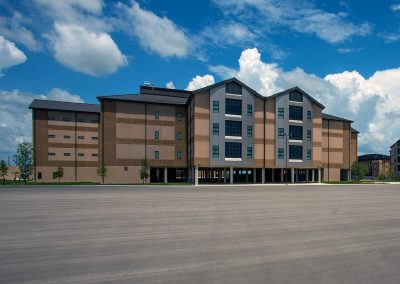